A recent study by the University of Massachusetts at Dartmouth reports that 93% of Inc. 500 businesses use at least one social media platform or tool. That study, and some questions we’ve been getting from marketers about how to quantify those efforts, were the catalysts for a recent Found Friday episode and blog post.  In part two, we continue to discuss the shift that must take place to quantify and optimize social media efforts. 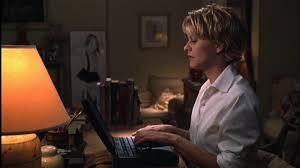 Is it enough to use social media as a distribution channel? Is the benefit of participating in conversations with people in your industry quantifiable? The answer just might be, “It depends.” But, understanding what it depends on will help marketers to decide if it’s a worthwhile endeavor, or not.
“It really depends on what type of company and the industry that company participates in,” comments Ray Grieselhuber, Founder & CEO. “For example, media and publishing gets the majority of their traffic from social channels and sharing. It doesn’t make sense for them to run advertising and they often don’t need to do much engagement to make their content go viral, if it’s created well.”
If companies are using social for content distribution and conversation participation, the latter is going to be harder to measure. Driving traffic directly from social means taking risks and participating in conversations with meaningful discussion points.
Measuring the value of engagement with influencers and others in your industry is difficult because of the subjective nature of conversation.
“People have tried it with NLP (natural language processing) and semantic measurement in terms of tone and assigning positive, negative, and neutral sentiment to comments. I think it’s mostly BS due to tons of linguistic differences and the importance of other emotions in purchasing decisions beyond perceived positivity,” Erin O’Brien, COO, states.
Regardless of whether or not you can measure it, there is inherent value in participating in conversations in your industry. The problem is that too many marketers don’t have the time to stick with conversations over time. The result is what Erin calls “dive bombing”. Like the seagulls you see at the beach, social media dive bombers swoop into a conversation when they have some time, make a comment, and then don’t return in time to view replies and participate in further debate. Participation means active engagement on a regular basis – so once you join a conversation, stick around for a little while. If you don’t have time to read beyond your own comment, it might be best to wait to participate until you do, or see if someone else on the team has availability to properly engage.
Within the last five years, the role of the community manager has emerged partly in response to the need to get engaged and stay engaged consistently on social media. The community manager can help with the “dive bomb” problem of social semi-engagement and can keep brands involved with their community.
Avoid having the community manager become another mouthpiece for the same canned responses delivered by customer support. In those cases, brands can lose authenticity and the conversational benefits of social media. Empower your community manager to really know the product, the company, and its direction so they can lend legitimacy and knowledge to posts along with some personal flair.

The Value of Authenticity in Social Media Messaging

Getting other members of the company involved in the social media messaging helps brands maintain a sense of authenticity with their conversations. For instance, if someone has a technical question or comment, have an engineer respond or have marketing get involved if someone has some specific product feedback or suggestions. Relegating every social conversation to one central hub limits the breadth and depth of conversations and becomes more like a live chat with customer service.
Aside from the pros and cons of entering into conversations about industry issues, companies should be monitoring social media for specific brand or product mentions and problems. Here’s where the community manager can play a key role managing issues and handling problems before they’re out of control.
According to Ray, a social media presence is mandatory for ecommerce or B2C brands and important for competitor intelligence amongst B2B companies. “Any consumer product where happy or unhappy customers can have an impact on your business over the long-term should definitely be engaged,” he recommends. “B2B should obviously be all over social media, engaging with potential users and spotting activity on competitor’s and potential competitor’s accounts. Just make sure your efforts are sustainable.”

Marketers are counting tweets, retweets, likes, and follows and comparing those vanity metrics to the same metrics for their competition. But, does it really matter if your competitors have more followers than you do? To know how much emphasis to put on this kind of competitor intelligence you need to ask yourself these questions:

“If you’re doing an accurate comparison of two audience sizes with a direct competitor who has the same target audience and the high quality followers tend to follow your competition more than you, that’s a problem. Figure out how to get those people as part of your audience and/or re-segment somewhere else,” suggests Ray.
It’s not as important to compare the number of followers you have versus the competition, as it is to know if your competitor is engaging your audience. If you’re losing audience share to your competitor, you’ll want to find out what content is driving traffic to the competitor’s site. From there you can get good insight into what they’re doing to increase their share of voice. You’ll want to know if your competitors are suddenly offering a large discount, have a new product or feature, or have launched a micro site that directly competes with your brand. On the other hand, if your competitor has a bevy of followers who don’t pay any attention to the industry or their product offerings, you probably don’t care as long as they aren’t stealing your prospects.
“One of the things our Competitor Discovery tool shows is which specific keywords and topics your competitors are talking about to attract your audience and potential customers” notes Erin. “It also tells you the specific content they’re using so you know what is driving traffic to their landing pages. Once you know that, you can determine what the competition is talking about and adjust your content.” 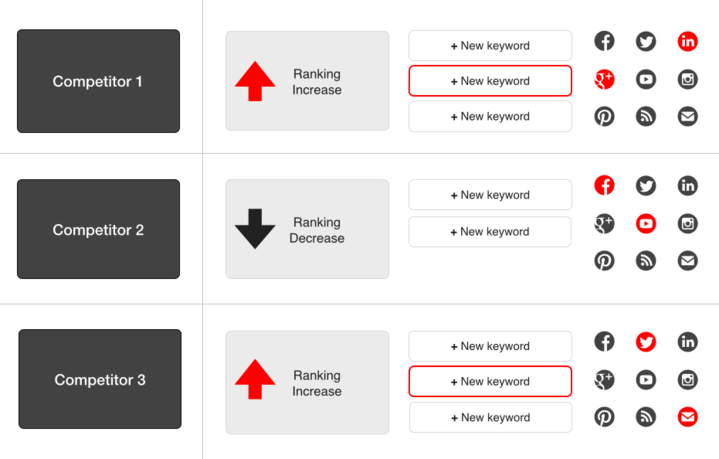 For businesses, social has moved beyond a forum for posting and talking with people in a free off-handed way and become a distribution channel for content and paid opportunities. There are sponsored Tweets and sponsored Facebook posts, paid options on LinkedIn, and advertising opportunities on most social channels. The right strategic mix of paid and organic elements will depend on how the economics work out for your brand. A basic cost/benefit analysis will tell you if the money you invest in paid opportunities is giving you a conversion rate that’s higher than the cost. No matter the cost, you really can’t buy the kind of customer loyalty that’s earned over time with organic reach.
“Almost every study out there has shown that retention is much higher and loyalty is increased from people who come in through non-paid channels, because they found you. That’s the serendipity factor. You can acquire good customers through paid means, but you’re paying a lot more for less overall loyalty and retention,” advises Ray.
However, using short bursts of paid opportunities helps to boost visibility, gets people to remember your brand, and reaches new audiences. Boosting posts or sponsoring tweets has the same benefits as traditional advertising, but simply costs more than using social media in the traditional way.
“Sometimes you do need a spark to start a conversation, because doing it organically isn’t always enough,” notes Erin. “So, boosting a post for $5 for a couple of days just to keep it up at the top of people’s news feeds to make them aware – this can spark an organic conversation that will catch fire on its own.”
Unlike organic search, paid channels stop working when you stop paying for them. Using paid search to drive traffic to engaging and valuable content keeps the fire going without the need to continue adding advertising dollars over time. When considering a paid campaign:

From now on, we, as marketers, are going to have to think flexibly and react quickly as the internet of things brings more challenges and channels to understand, use, and measure. Whatever channels, or type of campaign you’re considering, engage consistently over time to get the results and conversions you’re looking for.
If you’re ready to look at your social media efforts differently and get some measurement tools to help you do that, give us a shout and we’ll show you around the GinzaMetrics platform.