The New Wave of Global Marketing Content Marketing in China

The economy in China has shown steady growth since 2010 with a GDP average of 1.94% from 2010 to 2014. Boasting the second largest economy in the world, China has shown steady economic growth versus the large declines and roller coaster ups and downs of the U.S. in the same time frame. It’s no wonder that U.S. companies are looking to the East to expand their market share and tap into the growing interest in luxury goods and American products.
Ray Grieselhuber, Founder and CEO, recently attended AdTech China where he was part of a panel to discuss content marketing and its place in the overall marketing space in China. On May 1, he and I sat down for a Found Friday episode to talk about his experiences and to share some of his “ah ha” moments.

“Content marketing is a strategic marketing approach focused on creating and distributing valuable, relevant, and consistent content to attract and retain a clearly-defined audience — and, ultimately, to drive profitable customer action.”

While the goal of most content marketing in the U.S. is to engage, educate, and entertain target audiences, the atmosphere in China has been more paid advertising and product promotion centric. Will the content marketing we know really take hold in a market so tightly controlled by the government and a few monopolies? Probably not. The main reason is that the expectation in China is that brands pay for traffic.

“China is very much a play-for pay user acquisition model because of the influence of sites like Baidu and Taobao,” comments Ray. “There are certain things you can do through a mix of some social, some search, and some overall organic means, but basically, you’re paying for traffic. So, the underlying assumption is that you’re paying to get people into your funnel and content marketing is more about what you do once you get someone on your site to convert them.”

Content marketing might be better named content optimization in China, since brands in China expect to pay to get prospects into their site and then work to convert them. The focus is on conversion optimization and getting visitors to make a purchase by leading them directly towards what you want them to do. Recently in China, brands have been looking at creating content marketing assets as a way to amplify sales conversions.

In contrast, marketers in the U.S. use content marketing to increase traffic and raise awareness well before the conversion phase. Marketers here have access to target audiences through unpaid channels who will use search and social to decide where to go when it’s time to buy. The focus, then, has been to reach out through those channels to bring people to the website where they move into the conversion cycle. Unlike brands in China, U.S. brands focus their efforts on being helpful and adding value first before they extract value from the customer in terms of sales.

The purpose of content in China is to lead propects to convert on the brand website or through Taobao. The challenge for marketers there is to put their efforts into the types of content and conversations that will facilitate the conversion process.
“Although blogs are used by many brands, one of the things that was surprising to learn was the use of other types of content,” states Ray. “The one area where I saw a lot of branding conversations and opportunities in China was in the forums. Although forums are big here in the U.S., they’re absolutely huge in China for many different types of products and services.”
Smart companies in China must be very keen about managing their reputation on forums. Because they’re so popular, it’s important for brands to closely monitor conversations to see if someone is talking about them. Brands have to be actively engaging with people and responding to negative comments or questions and authentically engaging with their customer base. Marketing efforts on forums is the one thing that most closely resembles the marketing focus we have adopted here in the U.S. because the focus is on audience engagement and not overselling your product or service.

If You’re Marketing in China, You’re on WeChat

Marketers in the U.S. who want to be successful in China, need to be able to use WeChat effectively. The mobile and text messaging service developed by Tencent in China has over 500 million active users and only a fifth of those are outside of China.
“My biggest ah-ha moment was when I learned the influence of WeChat and the size of its audience,” states Ray. “Unlike social media or messaging services in the U.S., WeChat does everything from text and voice messaging to video and photograph sharing and broadcast messaging. WeChat is probably most like LINE in Japan or WhatsApp in the US.”
The big opportunity for brands is the ability to set up corporate pages within WeChat. Successful companies use WeChat as the gateway to their websites. Users can follow companies directly from WeChat and receive email messages through the broadcast messaging capabilities. Once companies have 100,000 followers, they can set up advertising campaigns to reach their audiences.
“From a marketing perspective, WeChat is important for any company hoping to build a presence in China. It’s also connected to a lot of other services,” notes Ray. “There’s an Uber competitor in China (Yidao) that has a huge user base and is connected through WeChat. You can order taxis directly from WeChat. There’s a payment system integrated directly with WeChat. There are all types of e-commerce and other integrations there. It’s a massive application, a massive platform. I’ve never seen anything like it before.”

Optimize for Mobile – Here and Abroad 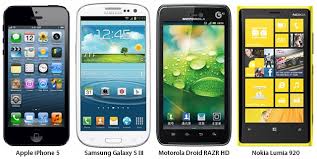 Even more than in the U.S., internet users in China are accessing information through mobile devices. Once a user is connected to a company site directly through WeChat, the destination website should be optimized for mobile.
“This is where a lot of mobile optimization recommendations start to become really important,” states Ray. “Surprisingly, thre are still a large number of sites that are not well optimized for mobile-user experience today. Brands that aren’t optimized for mobile have a big problem with conversions and people are just not converting where they should be. Some of the biggest struggles I’m seeing right now are connected with mobile optimization and getting data results from the WeChat platform.”
If you’re a marketer, it’s really hard to get marketing intelligence data from WeChat. Brands cannot measure their effectiveness nor the effectiveness of their competitors. Although WeChat releases some basic subscriber-type data, there’s no user targeting data or any way to segment out messages. The result is that marketers are blasting their entire audience with all their messages.
“I don’t know if that is going to change,” reflects Ray, “To me, it seems like if WeChat had an incentive to make that targeting better, then that would be a reason for them to change. But I just don’t know enough to say whether or not that’s the case.”
According to Ray, the primary way for people to interact in China is through WeChat. They don’t spend a lot of time on the phone and they don’t have access to any of our social services, like Facebook and Twitter, because they have the great firewall. Companies that are going to compete in China must tap into the extensive network provided by WeChat.

For brands entering foreign markets, it’s important to understand the underlying culture and the buying habits of the country you’re trying to enter. This is especially true for China where the government is actively seeking to keep out foreign competitors to national brands and where large monopolies such as Tencent and Taobao exist.
“One of the biggest adjustments for U.S.marketers will be letting go of the practice of developing a website and then driving people to your website via organic search, especially if you’re doing any sort of transaction or e-commerce,” suggests Ray. “A lot of the transactions don’t happen on your website. They happen on other platforms such as WeChat or through Taobao.”
Taobao is the largest e-commerce platform in China. It has two tiers, the corporate, private tier requires brands to pay to be included. In exchange, they offer security and identity verification. Taobao also offers a “free” or low-cost tier that’s much cheaper but doesn’t offer any security, privacy, or ability to verify the authenticity of the merchant.
“Taobao knows they’re the only game in town for e-commerce,” states Ray. “So, if you want traffic and customers, you’ll pay through the nose in order to get them. A lot of companies aren’t making any money on it, but they’re paying and hoping for long-term market share. In the short term, they’re being bled for money.”

Partnerships and the 100-Year Marketing View

For brands already dipping their toe into the global market, and those that are considering taking the plunge, success comes down to a couple of things: commitment and partnerships.
“If you’re serious about global domination for your market, you’ve got to be investing in the 100-year plan. It can’t be a 5-year plan with a small team and an American manager. If you’re going to do it, you need local partners, unless you already have people in China with 10 or 20 years of experience that you can fully trust, ” recommends Ray.
Taking the time to vet the right people can be a time-consuming process. Start by tapping into the network of foreigners who have been living there for a long time and find someone who really uderstands your market.
Traditionally, global brand strategies and global marketing strategies are managed from the U.S. as though other countries are remote branches. Content created in the U.S. is “localized” and shipped off to foreign countries two or three months later.  According to Ray, this strategy just doesn’t work.
“It’s been a long-time fallacy that it’s a legitimate way to do things. It really doesn’t work anywhere except maybe other European countries. Even then, I would question it,”states Ray. “In places like China and Japan, where it’s just so different, you really have to create native content, native branding, and native strategy,”