Just about a month ago, Google announced a new version of their Google Analytics API, called the Core Reporting API, which is designed to replace the older, Data Export API.
At Ginzametrics, we’ve been using the old Data Export API since the very beginning. It was a useful API as it allowed us to very easily integrate with Analytics to provide critical metrics around search referrals, conversions and ecommerce revenue from organic search traffic.
The problem with the old API was that there was many issues relating to timeouts (mostly due to the library we were using to access the old API) so we had to build in quite a few work arounds to correctly fetch the data for our customers. The release of the new API gave us the opportunity to make a fresh start and we ended up writing directly against the REST API.
The result?
Massive performance increases and far more flexibility in how we can use the API going forward. Background jobs that used to take roughly 5 minutes to process are now completing in under 10 seconds, even for very large websites.
Some of the more important features of this new release include the use of the JSON format for report data, support for OAuth 2.0, which we are starting to use everywhere in Ginzametrics, and a super-useful API Query Explorer. 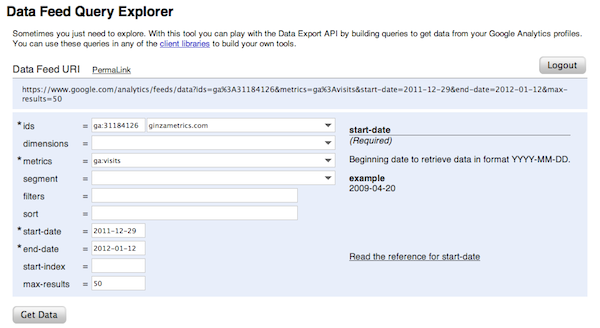 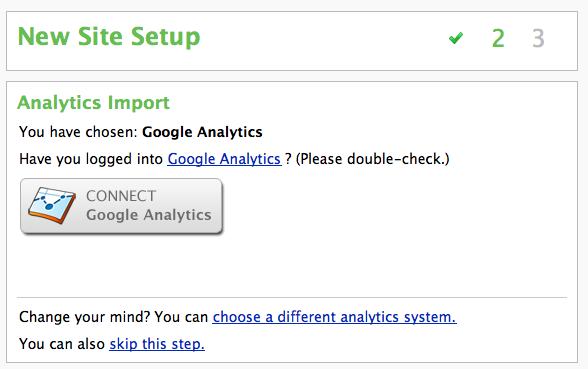 For existing sites, you can continue to use your existing Google Analytics connection in Ginzametrics for the time being — everything continues to work as before. However, in order to take advantage of the great new features that we have planned for release in the coming months, you’ll want to upgrade soon.
In order to upgrade, simply go to the settings tab in your site dashboard, click “reset your Google Analytics” and then click the big, fat shiny button to re-authenticate to Google. That’s it!